File capabilities offer a secure alternative to SUID executables, but can be a little confusing at first. 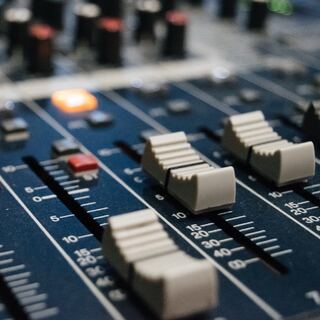 We all know that SUID binaries are bad news from a security perspective. Fortunately, if your application requires some limited privileges then there is a better way known as capabilities.

To save you reading the article above in detail, in essence this allows processes which start as root, and hence have permission to do anything, to retain certain limited abilities chosen from this set when they drop privileges and run as a standard user. This means that if an attacker manages to compromise the process via a buffer overrun or similar exploit, they can’t take advantage of anything except the specific minimal privileges that the process actually needs.

This is great for services, which are typically always run as root, but what about command-line utilities? Fortunately this is catered for as well, provided you have the correct utilities installed. If you’re on Ubuntu you’ll need the libcap2-bin package, for example. You’ll also need to be running a non-archaic kernel (anything since 2.6.24).

These features allow you to associate capabilities with executables, in a similar way to setting the SUID bit but only for the specific capabilities set. The setcap utility is used to add and remove capabilities from a file.

The first step is to select the capabilities you need. For the purposes of this blog, I’ll assume there’s a network diagnostic tool called tracewalk which needs to be able to use raw sockets. This would typically require the application to be run as root, but consulting the list it turns out that only the CAP_NET_RAW capability is required.

Assuming you’re in the directory where the tracewalk binary is located, you can add this capability as follows:

Or you can recover a list of all capabilities set on a given executable:

For reference, you can also remove all capabilities from an executable with:

At this point you should be able to run the executable as an unprivileged user and it should have the ability to deal with raw sockets, but none of the other privileges that the root user has.

So, what’s the meaning of the strange =eip suffix? This requires a brief digression into the nature of capabilities. Each process has three sets of capabilities — inheritable, permitted and effective:

So, the setcap utility allows us to add capabilities to these three sets independently for a given executable. Note that the meaning of the groups is interpreted slightly different for file permissions, however:

When specifying capabilities via setcap the three letters e, i and p refer to the effective, inhertable and pemitted sets respectively. So the earlier specification:

… specifies that the CAP_NET_RAW capability should be added to the permitted and inheritable sets and that the effective bit should also be set. This will replace any previously set capabilities on the file. To set multiple capabilities, use a comma-separated list:

The capabilities man page discusses this all in more detail, but hopefully this post has demystified things slightly. The only remaining things to mention are a few caveats and gotchas.

Firstly, file capabilities don’t work with symlinks — you have to apply them to the binary itself (i.e. the target of the symlink).

Secondly, they don’t work with interpreted scripts. For example, if you have a Python script that you’d like to assign a capability to, you have to assign it to the Python interpreter itself. Obviously this is a potential security issue because then all scripts run with that interpreter will have the specified capability, although it’s still significantly better than making it SUID. The most common workaround appears to be to write a separate executable in C or similar which can perform the required operations and invoke that from within the script. This is similar to the approach used by Wireshark which uses the binary /usr/bin/dumpcap to perform privileged operations:

Thirdly, file capabilities are disabled if you use the LD_LIBRARY_PATH environment variable for hopefully obvious security reasons1. The same also applies to LD_PRELOAD as far as I’m aware.