I finally took a little time to get my head around POSIX process groups and sessions. 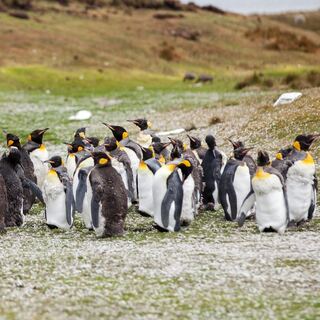 Fair warning: if you don’t know what a PID is in the context of a POSIX process — or, indeed, you think “POSIX” sounds like some type of screw head - then you probably don’t need to bother reading this post.

Right, assuming there’s anybody left… For awhile now I’ve had a sort of peripheral awareness of some additional attributes of processes about which I’ve never really bothered too much. The most important attributes, with which most people reading this will likely be familiar, are the PID1, PPID2, UID3 and GID4. There are a few wrinkles like real and effective IDs, but they’re beyond the scope of this post. If you run your favourite process listing command with enough detail (such as ps -eF for example) then you’ll see most of these shown.

However, there are a couple of extra attributes that I’ve never looked at in much detail, which are process group ID (PGID) and session ID (SID). Today I decided that ignorance wasn’t bliss at all, in fact it was a blasted pain, so I’ve looked up what they mean. It turns out that they’re quite simple and, potentially, quite useful. So, here goes.

A process group is more or less exactly what it sounds like — a way to group processes together. This is useful because it’s possible to direct a signal to a process group instead of a specific process. This can be done with the killpg() system call which takes a PGID as a parameter and has the effect of sending the specified signal to every process within that group. You can specify a PGID of 0 to specify the group in which the calling process is found, and actually a standard kill() call with a PID of 0 does the same thing.

The group in which a process is located defaults to the group of the process which created it, but it can be changed with the setpgid() call. Indeed, this is what the shell does when it executes pipelines of commands - each pipeline is put into its own process group, separate from the shell’s group. If any of those commands fork their own children then they’ll also be added to the same group, unless they actively change it. Note that a “pipeline” in this context also applies to the degenerate case of a single command (a pipeline of one!).

Conventionally the PGID of a group is the same as the PID of the first process placed in that group, which is referred to as the process group leader. This is an important concept if you want to change your session, but to explain that I’ll have to explain what a session is.

The session is another level of grouping — i.e. a session contains one or more process groups. Sessions are generally tied to a controlling terminal5. For example, all process groups created by a particular shell will have the same session ID, which will generally be the PID of the shell process — as an aside, this is a quick way to locate all the commands created by a particular shell process. One important aspect of a session is that when moving a process between process groups, both groups must be members of the same session or the operation fails.

A process can be moved to a new session using the setsid() system call. This will create a new process group and place the calling process into it, and then create a new session and place the new process group within that. There are restrictions on which processes may do this, however — see below. Note that the new session will have no controlling terminal, so this system call offers a helpful way for processes to detach from their controlling terminal when they daemonise.

Given all this, we can see how it fits into the “standard” process for daemonising:

A detailed description of all these steps is outside the scope of this post, but I wanted to reproduce the full procedure here for context — you can find more details all over the web.

Let’s see some illustrations of process groups and sessions. Note that the ps invocations I used below are quite Linux-specific, but you should be able to tailor them to your particular Unix variant with a bit of squinting at the man page.

First, we run a simple ps to show the relevant IDs:

Here we can see the bash shell has PID 1684 and this matches the SID of both itself and the ps command which was executing. The PPID of the ps matches the PID of bash as one would expect and the ps process has been assigned a new PGID which matches its own PID, so it is the process group leader. The TPGID field indicates the foreground process group within the session, in this case the PGID of ps since that’s the currently executing command in the session.

Second, we’ll add an additional pipeline of commands into the mix:

Note: you can ignore the “stopped” message, this is a result of cat trying to read from its standard input and failing because it’s in the background. Only the foreground process group can read from the terminal, a process in any other group which tries will be sent SIGTSTP and hence be suspended.

So, we can see that both cat and sed have been placed into the same PGID by the shell here, which is different to the PGID of ps. The TPGID of all the entries is still the same as the PGID of ps because ps is again the currently executing command for all groups within the session. Since I’ve used the same shell process as in the previous example, the SID is the same.

Now we can see an example of signals being set to the foreground process group (and not just a single process) by executing the following Python script7:

Execute this script and then, once parent and child are waiting, hit CTRL-C. You should see the following output, potentially with parent and child messages swapped over in either or both cases:

This clearly shows both processes receiving the SIGINT as a result of CTRL-C. For comparison, if we only send the signal to the child process:

Since the command was executed in the background the output gets interleaved with the shell prompt, so I’ve tidied that up for clarity in the output above. The pertinent details are shown unchanged, however — in particular, you can see the child process (only) receives the signal and terminates, remaining only as a defunct zombie process until its parent reaps its return code with something like wait(). Since our little Python script never reaps this return code, the child process’ descriptor will linger as long as the parent remains alive.

We can see that the PGID of the child python process is the same as the parent, as expected. This example also shows clearly the difference between signalling the process group, as in the first example, and signalling a single process, as shown here.

Finally, for completeness, let’s see the same example but signalling the parent process first and then the child:

This example shows broadly the same principles, but there are a couple of interesting points to note. Firstly, once the parent is dead the shell indicates that the job is “done” — it doesn’t monitor the children of commands that it executes, just when the command itself is completed.

Secondly, after the parent has terminated note how the PPID of the child is set to 1. This is because orphaned processes are automatically adopted by the init process (the root of all processes on the system). If this didn’t happen then they would always remain around as defunct zombies after terminating since there’s no parent process to reap their return code. The init process is implemented such that it calls wait() on all of its children to reap their return codes. Note how even though it’s been adopted, it still shares the same session and is still attached to the same terminal, so ps still displays it without need for the -e (or -A) option.

21 Aug 2013 at 9:26PM in Software
｜
linux  processes posix
｜
Photo by Yuriy Rzhemovskiy on Unsplash
↑ Back to top