☑ Brexit, or Brexit Not — There Is No Try

I voted against Brexit as I feel the UK is significantly better within the EU. However, the looming uncertainty over whether the UK will follow through is much worse than either option. 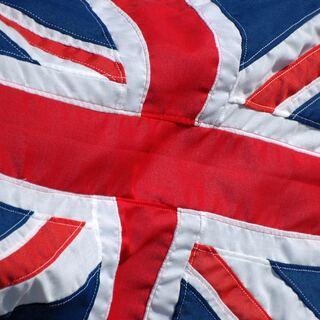 On Thursday 23 June the United Kingdom held a referendum to decide whether to remain within the European Union, of which it has been a member since 1973. The vote was to leave by a majority of 52% with a fairly substantial turnout of almost 72%. Not the largest majority, but a difference of over a million people can’t be called ambiguous.

So that was it then — we were out. Time to start comparing people’s plans for making it happen to decide which was the best.

Except, of course, it turned out nobody really had any plans. The result seemed to have been a bit of a shock to everyone, including all the politicians who were campaigning for it. Nobody really seemed to know what to do next. Disappointing, but hardly surprising — we’re a rather impulsive nation, always jumping into things without really figuring out what our end game should be. Just look at the shambles that followed the Iraq war.

Fortunately for the Brexiteers there was a bit of a distraction in the form of David Cameron’s resignation — having campaigned to remain within the EU he felt that remaining as leader was untenable. Well, let’s face it, that’s probably disingenuous — what he most likely really felt was he didn’t want to go down in history as the Prime Minister who took the country out of the EU, just in case (as many people think quite likely) it’s a bit of a disaster, quite possibly resented by generations to come.

This triggered an immediately leadership contest within the Tory party which drew all eyes for a time, until former Home Secretary Theresa May was left as the only candidate and assumed leadership of the party. At this point everyone’s attention seems to be meandering its way back to thoughts of Brexit and all the questions it raises.

To my mind, however, there’s still one question that supercedes all these when talking about Brexit — namely, will Br actually exit?

You’d think this was a done deal — I mean, we had a referendum on it and everything. Usually clears these things right up. But in this case, even well over a month after the vote, there’s still talk about whether we’re going to go through with it.

Apparently the legal situation seems quite muddy but there are possible grounds for a second referendum — although Theresa May is on record as rejecting that possibility. I must say I can see her point — to reject the clearly stated opinion of the British public would need some pretty robust justification and “the leave campaigners lied through their teeth” probably doesn’t really cut it. It’s not like people aren’t used to dealing with politicians being economical with the truth in general elections.

Then we hear that the House of Lords might try to block the progress of Brexit — or at least delay it. Once again, it’s not yet at all clear to what extent this will happen; and if it happens, how effective it will be; and if it’s effective, how easily the government can bypass it. For example, the government could try to force it through with the Parliament Act.

What this all adds up to is very little clarity right now. We have a flurry of mixed messages coming out of government where they tell us that the one thing they are 100% certain of is that they’re definitely going to leave the EU, but not only can’t they give us a plan, they can’t even give us a rough approximation of when they’ll have a plan; we have a motley crew of different groups clamouring for increasingly deperate ways to delay, defer or cancel the whole thing, but very little certainty on whether they even have the theoretical grounds to do so let alone the public support to push it through; and we have an increasingly grumpy EU who are telling us that if we’re really going to leave then we should jolly well get on with it and don’t let Article 50 hit us in the bum on the way out.

Meanwhile the rest of the world doesn’t seem to know what to make of it, so it’s not clear that we’ve seen much of the possible impact, even assuming we do go ahead. But to think there hasn’t been any impact is misleading — even when things are uncertain we’ve already seen negative impacts on academics, education and morale in the public sector. Let’s be clear here, it hasn’t happened yet and it isn’t even a certainty that it will, and we’re already seeing a torrent of negative sentiment.

To be fair, though, we haven’t yet really had the chance to see any possible positive aspects of the decision filtering through. In fact, we probably won’t see any of those until the decision is finalised — or at least until Article 50 is triggered and there’s a deadline to chivvy everyone along.

I think that the longer this “will they/won’t they” period of uncertainty carries on, the more we’ll start to see these negative impacts. Nobody wants to bank on the unlikely event that the UK will change course and remain in the EU, but neither can anyone count on the fact that we won’t. We’re stuck in an increasingly acrimonious relationship that we can’t quite bring ourselves to end yet. If they could find an actor with a sufficient lack of charisma to play Nigel Farage, they could turn it into a low budget BBC Three sitcom.

Don’t get me wrong, I voted firmly to remain in this EU. But whatever we do, I feel like we, as a nation — and by that I mean they as a government that we, as a nation, were daft enough to elect2 — need to make a decision and act on it. This wasteland of uncertainty is worse than either option, and doesn’t benefit anyone except the lawyers and the journalists — frankly they can both find more worthwhile ways to earn their keep.

So come on Theresa, stop messing about. Stick on a Spotify3 playlist called something like “100 Best Break Up Songs”, mutter some consoling nonsense to yourself about how there are plenty more nation states in the sea and pick up the phone. Then we can get on with making the best of wherever we find ourselves.