I’m quite a fan of Agile software development, but it seems that the same approach can be used in a wide variety of other industry areas. In this post I’ll briefly describe how I discovered a very Agile-sounding approach to nursing in Holland. 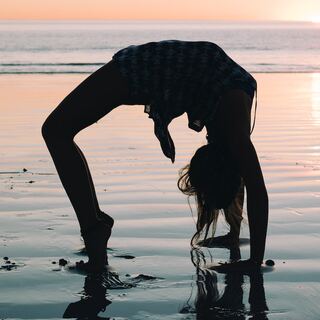 Britain is currently undergoing a swathe of austerity under a Tory-lead government, with significant cuts to all sorts of public services. With a national debt of £1.4tn, rising by around £100bn a year, it’s not a surprise that the government is trying to balance the books regardless of what you may think of their means of doing so.

One of the biggest budget items in the UK is, of course, the NHS; and naturally it gets some of the most scrutiny for possible savings. At the same time it’s extremely sensitive when it comes to cuts in frontline services - nobody wants to feel that their health is being put at risk for the sake of saving a little money. As a result, there’s usually a great deal of rhetoric bouncing around about how to achieve savings without affecting actual care. Typically these take the form of some sort of hand-wavy diatribe produced by throwing phrase like “cut through the red tape”, “strip out middle management”, “get rid of bureaucracy” and “back to basics” into a cup, shaking it all around and throwing it onto a page to see what sticks1, but are conspicuously light on concrete plans to implement such measures, or even evidence that it’s possible.

Well, I read a Guardian article about a pilot scheme in Holland which has achieved some impressive-sounding efficiencies. The Buurtzorg community nursing organisation is now supporting 7,000 nurses with only 30 back office support staff; that’s over two hundred nurses for each non-medical employee. Apparently the quality of care is better, with patients requiring 40% fewer hours of care, and nurses have less than half the absenteeism and a third less turnover than other nursing organisations.

This all sounds rather too much like the holy grail of NHS savings for which successive governments have been searching all these years to be true, so decided to try and find out a few more details. Their US homepage has some interesting tidbits, but what really intrigued me was a report I found on the web page of The King’s Fund, a charity that works to improve policy around health care in the UK.

It’s a fairly brief bullet point summary, but here are the main points that leapt out at me:

So essentially the group improved productivity and employee satisfaction by splitting the nurses into small, autonomous groups who self-organised into the optimal structure for their particular tasks and focused on whatever task they needed to carry out to achieve their objectives instead of rigidly adhering to some centralised process.

To any software engineers out there this might be starting to sound awfully familiar - specifically it really sounds rather like a Agile methodology to me. I’ve long been attracted by the benefits of Agile in software development, but it’s fascinating to see something that appears extremely similar being so gainfully employed in such a different industry. Perhaps I shouldn’t be too surprised, since Agile practices originally grew up in the automotive industry, but it does make me wonder how many sectors could be significantly improved by judicious use of these ideas.

In an oblique way it also reminds me of a TED talk by Sugata Mitra awhile ago about the deficiencies of the education system. His thesis is that our current approach to education was shaped by the Victorians, who needed people who could be employed as effectively cogs in the massive global machine that was the British Empire. He further suggests that today’s technology has rendered the need for such roles largely obsolete, and instead we should be trying to produce young adults who can build on a sound technological foundation and innovate upon it.

In both cases I suspect attempts at widespread change will face an uphill struggle against those who want to cling to the old ways of doing thing, regardless of evidence supporting the change. Personally I believe this is the real challenge in turning round organisations like the NHS, not any shortage of ideas for improvement. That’s why it’s so good to see real world schemes like Buurtzorg showing such massive improvement - such compelling evidence is going to be critical in pushing through change.

But I fear it’ll be a long, long road yet.